Konnichiwa sakura, when can I see you again? 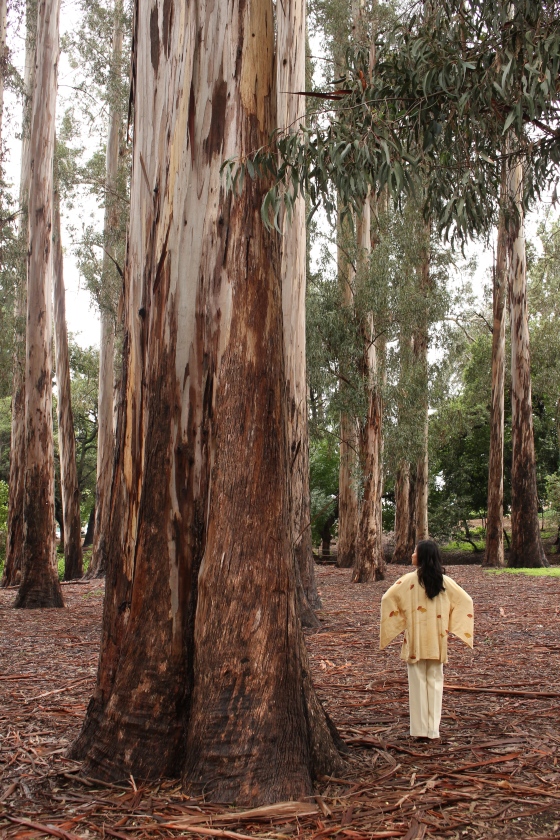 It’s sakura season, and I can still remember the magic of being in Tokyo this time last year. The petaled pink pretties powder the treetops as crowds of tourists and locals gather for picnics beneath them. Even the most gentle breeze will send the petals flying, creating a delicate pink snowfall that envelopes admirers in their own little cherry blossom snow globe.

Japan is a place of contrasts, where modern meets traditional at the intersection of future and past. Ancient tranquil temples exist amongst contemporary bustling sky scrapers. Trendy restaurants serve up age old recipes, while high speed rail systems transport you in a flash from a sprawling metropolis to a snail paced village. Geishas in kimonos coexist with innovative street style fashionistas, while minimalist aesthetics ooze from every corner of Japanese design.

Japan left a great impression on me, and I couldn’t say sayanora without a keepsake to remind me of my wonderful time there. An authentic kimono seemed impractical, but how about a haori? A haori is a mid length coat that is worn over a kimono, open and unbelted. Originally, samurais wore haoris over their armor to keep warm, but it eventually became incorporated into every day wear. 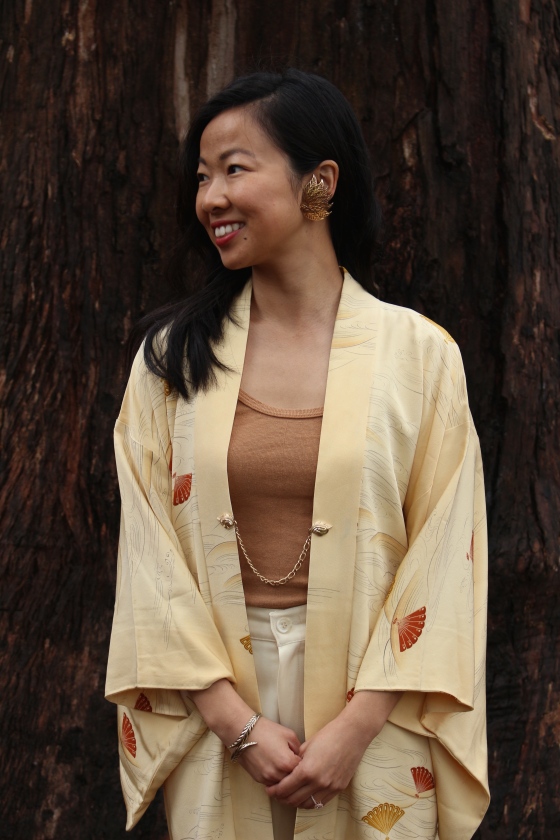 It can be a challenge for a petite frame to wear something so voluminous. With full sleeves, a roomy fit, and hemline long enough to constitute a dress, a haori can be overwhelming. But if there was anything I learned from the street fashion in Tokyo, conventional style rules can go out the window of a bullet train to make room for experimentation.

It’s all about playing with size and proportion, and I decided to turn up the volume with a pair of wide leg trousers that rival the fullness of the haori’s sleeves. While the haori’s long length can make me look even shorter than I already am, the high rise of my trousers help lengthen the legs for days. The result is a simple, harmonious juxtaposition.

Incorporating Japan’s minimalistic aesthetic, I kept the accessories to a minimum, save for a few gilded accents. The haori’s delicate fan print and graceful flutter of the sleeves in the wind is a showpiece all on its own. Along with the clean lines of my pressed trousers, the unadorned look embodies the simple beauty that is a hallmark of Japanese design.

Although there isn’t a cherry blossom garden nearby, a eucalyptus grove I did find. At least they’re both trees, right? While the latter doesn’t provide any budding pink blossoms for me to admire, at least I can still marvel at their majestic heights and shedding bark all day long.

I am the last samurai of style. 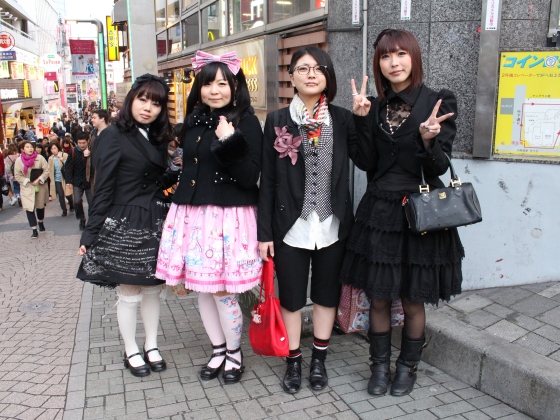 As soon as I stepped foot on the streets of Tokyo, I was met with an overwhelming amount of stimuli. Whether it was the bright neon signs at Shibuya crossing, the sounds of the Japanese language, the sheer amount of people everywhere all the time, or the endless alleyways full of culinary delights – Tokyo did not disappoint me. And of course, how can I not mention the fashion?

I was already less than half the chic woman I used to be, dressed in my drab “I’m a tourist” uniform, but walking amongst crowds of impeccably dressed Tokyoites made me drool with jealousy. I studiously examined each person’s outfit and constantly made mental notes everywhere I went. Some reoccurring style elements I noticed:

So there I was, standing at the entrance of the Harajuku District, camera in hand, ready to snap photos. Fifteen minutes had passed and the sun would set soon, yet I had not one single street snap. Trying to take candid shots only resulted in blurry photos. I would need to go balls to the wall if I wanted some great pictures.

Even though I would never see these people again, it was still hard to muster up the courage to approach random strangers and ask if I could photograph them. And by ask I mean a series of charades that consisted of me pointing to their outfits, giving a thumbs up, and pointing to my camera, accompanied by the word “kawaii.”

If you ever want to attempt some street stye photography in Tokyo, here are some things I learned:

These pictures can’t even begin to encapsulate the gamut of women’s fashion in Tokyo – there were so many cool outfits I wasn’t able to capture! Inspired by the aesthetic here, I can’t wait to return home to apply some of these learnings to my own style.

I’m a big fan of the fellas, whose fashions rival that of the women’s. Unfortunately, I was too shy to approach any of them and I ran out of time. I might just have to return to Tokyo again for street style part ni: men’s edition. Until then, sayonara! 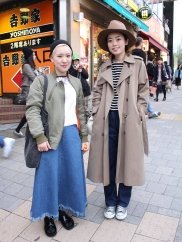