Fred and Carrie, where you at?

Portland is known for many things: beers, bikes, hiking, hipsters, no sales tax, food trucks, and strip clubs. Luckily for me, there wasn’t a drop of rain in the forecast on my recent trip to the Pacific Northwest. With unseasonably warm temperatures, I couldn’t think of a better summer getaway as I ate, drank, and shopped my way around PDX.

Shop till you drop.
Ranked as one of the most hipster friendly cities in U.S., it is no wonder that Portland has the highest vintage shops per capita – how else would hipsters find such cool hipster threads? I spent a delightful afternoon shopping at the many vintage boutiques in the Hawthorne district. Boutique Goodwills with vintage Coach bags? You bet. I put a slight dent in my pocketbook, but it was well worth every pretty penny to buy a vintage pocketbook.

Nom nom nom.
Food trucks exist in every big city, but Portland wins in quantity, boasting several hundred in the city. Although I didn’t eat anything particularly memorable, their food truck scene is still impressive due to its omnipresence. No matter what neighborhood I drove through, I encountered a cluster of food trucks every couple of blocks. For the Portlanders, this is just a regular part of their everyday life. They don’t need a street festival or designated day of the week (as they do in the Bay Area) to round up the trucks. Brick and mortar places are worth mentioning too. Every restaurant, cafe, or bakery I passed offered a drool worthy menu. Bacon doughnuts, savory waffles, bloody Marys, or bone marrow ice cream? Take your pick. Or try them all, as I did.

Everything is coming up roses.
I got the chance to escape the heat of the concrete jungle just minutes outside the city at Washington Park. The cool canopy of trees shrouded me from the summer sun. Although it was no replacement for a real hike in the woods, it was just enough greenery for this city girl. There’s a reason Portland is called the City of Roses, for it is home to one of the largest rose gardens in the United States. Many cities boast a rose garden of some sort – but this one is quite spectacular. With beautiful hues of red, pink, orange, yellow, lilac, and in fragrances unimaginable, this is simply the most beautiful rose garden I have ever seen.

Hippity Hops.
A trip to Portland wouldn’t be complete without visiting a couple of breweries and downing a pint or two. Again, Portland sets another record, this time for having the most breweries than any city in the U.S. (or is it the world?). While I’m more of a cocktail girl, I hopped on the hops bandwagon because when in Portland, one has to drink beer. Whether it was stopping traffic while pedaling on an 8 person brewcycle from brewery to brewery, to snacking on a pretzel necklace at an all day international beer festival, I have never downed so many beers in my life, and I probably never will again.

Dolla dolla bill y’all.
Don’t quote me, but I read that Portland also holds the record for the most strip clubs per capita. I was a strip club virgin prior to this trip, and without a benchmark, I can’t say my experience was anything special. I will say I was very intrigued with the female form. How the heck do they walk around in those heels? Even as the naked ladies lured me to join my friends in the front row, I assured them I could see everything just fine from where I was seated. Needless to say, no photos were allowed inside.

These are just a few highlights from my trip, but there is still so much more to explore. Who knew Portland held such a track record for having the most of anything? I wasn’t able to get a grasp of Portland street style since I was too preoccupied with all of the above to even notice. I guess I’ll have to save it for my next visit.

If this fashion thing doesn’t work out, then travel writer for hire! 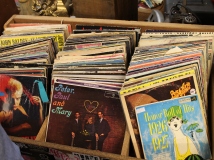 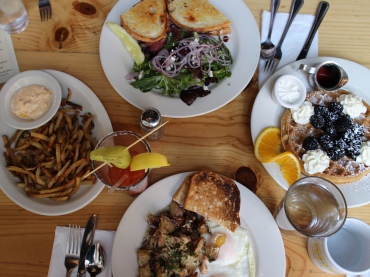 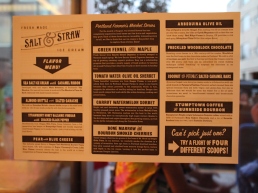 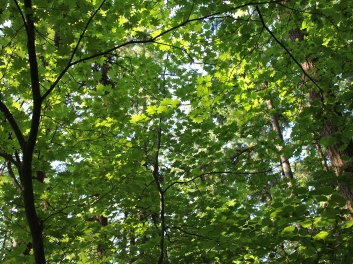 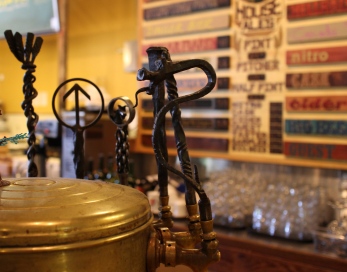 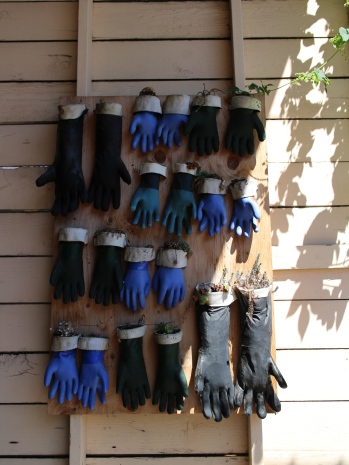