What do silk scarves and horses have in common? Today’s accessory inspiration is borrowed from the boys, as we travel to their neck of the woods to a royal Europe from centuries past. 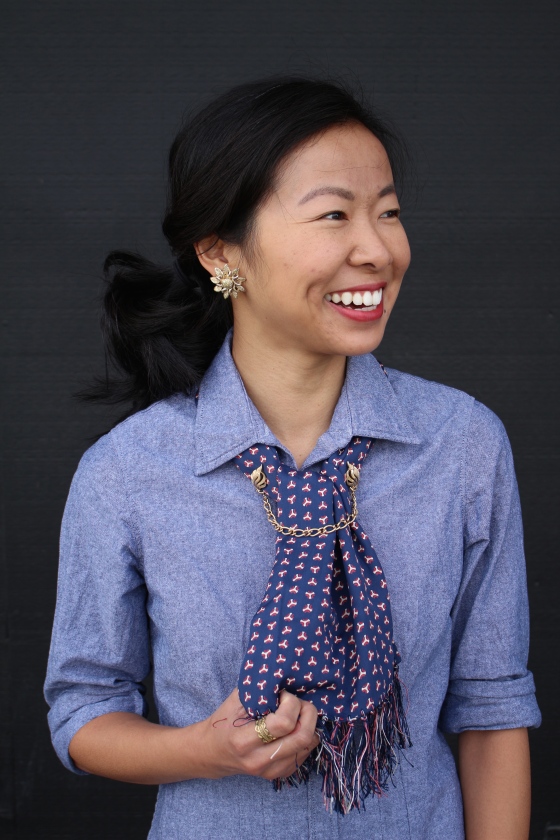 Before the ascot tie was called the ascot, it had its origins in the 1800s, where it was donned by royalty and upper class on the daily, and for formal occasions of the middle class in Europe. In this fancy setting, the tie was often made of a heavy linen material, and worn over the collar and pinned. 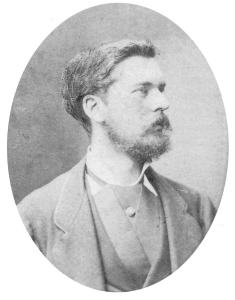 But fashion is never static, and the ascot became susceptible to change. Adapting to the needs of the growing middle class, I’m sure all it took was one fine gentleman who began to incorporate the ascot into everyday casual wear. Worn tucked inside of an open collar instead of over it, he made it look so cool that other men followed suit.

It was popularly worn at the horse races at the Ascot Racecourse in England – just imagine spectators and steeds alike, wearing matching silk ascots! Okay, I’ll stop horsing around; this is how the ascot tie came to be called the ascot.

Generally ascot ties look like the bow tie’s much bigger cousin, with a narrow neckband and wide ends. If you’ve ever wanted to experiment with an ascot tie, head to your local thrift shop. While you may not be able to find an actual ascot tie, silk and synthetic scarves are bountiful at Goodwill for as little as a dollar a piece. I prefer the versatility of a long rectangular scarf for a turban or bow atop my head, but now it’s time to borrow from the boys an ascot tie.

Here’s how you can achieve the ascot look in a few easy steps:

Now if you’ll excuse me, I’m off to the races to take a gamble on a stallion. 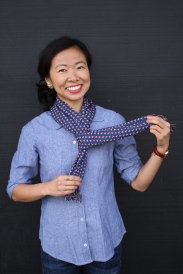 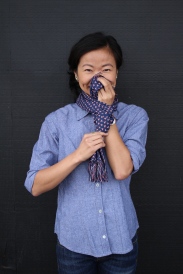 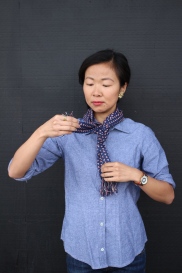 6 thoughts on “A is for Ascot”